Sometimes adults just won't cooperate. Maybe they forget what it's like to be a 7-year-old boy. 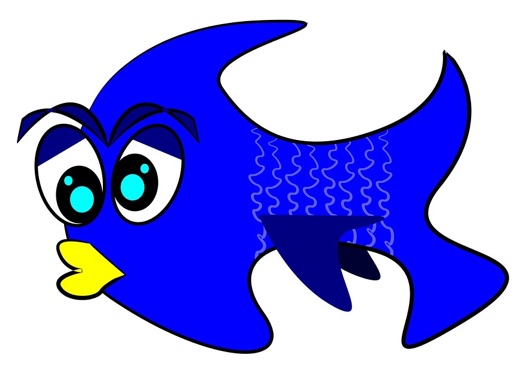 Little Joe and his friend John were digging for earthworms.

A creek flowed along the bottom of the hill behind the barn. Only minnows populated the creek.

For 7-year-old boys, a fish is a fish. Size or species aren't overly important. Camaraderie and anticipation are what matter.

As the boys began digging and found their first worm, they realized they didn't have a container to put it in.

They made a little hole in the ground to keep the worm in. Then dug up more worms.

But the worms started to tunnel into the ground within the hole to escape. So the boys figured they would just put the worms into their pockets.

That didn't work. The worms got squished.

They realized they couldn't ask their parents for a container. Their parents had a habit of finding work for them to do. They might even tell them not to go fishing at all.

Suddenly, John exploded with "Neighbor George! He collects coffee cans! Let's go ask him for one to put the worms in."

"But George, he isn't Amish," said Little Joe. "Are we allowed to talk to the English?"

The cellar indeed had shelves of empty coffee cans. Taking his sweet time, George inspected each can to locate one he thought he would never use.

Whenever George held a coffee can for more than a few moments, the boys' eyes lit up in anticipation. The light extinguished every time when George said, "Well, I might need that someday."

It happened a dozen times.

Suddenly, they heard George ejaculate, "What is this! This one has no lid!"

The boys looked at each other, grinning. Surely he wouldn't have a use for a coffee can without a lid!

"I better find the lid for this," muttered George. "It's gotta be around here somewhere."

While George was looking around for the lid, the boys snuck out of the cellar and out of George's house.

It wasn't until they got back to the farm that either said a word.

It got a weary nod from John. And the two boys meandered toward the barn.