The Helicopter story is an exercise in writing humor. This story is writing practice, as are many of my popcorn stories, for clear and concise tales — a preparation for writing larger fiction works. 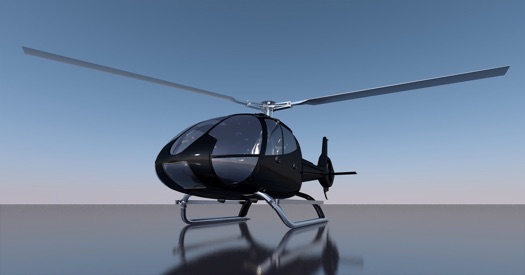 A team of engineers built a machine to rise and fly. And they were having a debate.

This machine doesn't have extended wings, like airplanes do. Instead, it has large rotating blades on top, somewhat like a huge propeller.

It can lift straight up off the ground to whatever elevation the pilot desires. An adjustable side propeller is engaged for horizontal travel.

The debate was what to call the machine.

One of the engineers piped up with, "I know!"

"You know those seeds maple trees release in the spring? They spin around and around as they slowly descend to the ground. Well, people call them 'helicopters,' although I have no idea where the name came from."

"So let's call our invention a helicopter. People will have a visual for imagining how the machine works."

Everybody thought it was a good idea. Except one.

The exceptional engineer said, "But, you know, people will start to think the maple seeds were named after our machine, not the other way around."

The first engineer responded with, "I doubt it. Though, come to think of it, people will pretty much believe anything."

Send private note to author.
Use this form to send a private note to Will Bontrager, the author of Helicopter.
Helicopter
Will Bontrager
https://willbontrager.com/popcorn-stories/helicopter.php
3.235.253.6
CCBot/2.0 (https://commoncrawl.org/faq/)
Your message:
Your email address (if reply desired):
Processing…