This theme was suggested to me with, "How about writing a story showing what could happen between a plant and a computer!" Now we know :-) 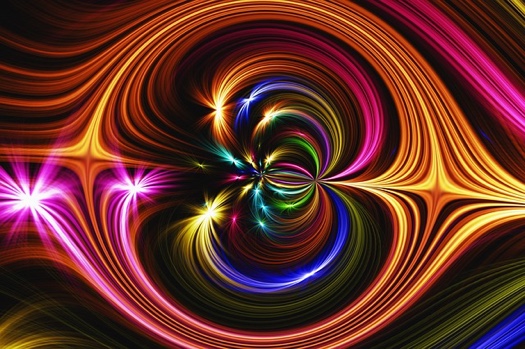 The plant sat on a desk by the window, near a computer. They (the plant and the computer) didn't realize it yet, but something was happening.

Slowly, slower than a plant grows, so slow that it was impossible for the computer to notice, the plant and the computer began to affect each other.

The plant, however, noticed. It was used to slow. For a plant, a thought could take days to form.

After several months of cogitation, the plant determined it was thinking faster. While it still took a day or more for a thought to form, the process was two to four times faster than before.

The computer was thinking slower. What earlier took only three nanoseconds to process, now was taking as much as twelve nanoseconds. It, too, was starting to notice.

"It's the dust on the motherboard," thought the computer.

The plant began to realize it could talk to the computer. After a while, the computer also realized the concepts it was noticing every couple hours were a sequential series of thoughts.

Then things happened — fast for the plant, slow for the computer. They established what each other was, and were both astounded that they could communicate.

"I wonder if this ever happened before in the history of the entire Universe," thought the computer.

About an hour later, the plant replied with, "Me, too."

There came a time when their speed of thoughts were close enough to predict the moment when it would be identical for both.

The switch happened at the precise instant when both were thinking at the same speed.

Then the plant started to think slower again. And the computer faster. The difference became larger and larger. And quickly. A process that took half a year looked like it would reverse in less than a day.

But for a little while they could still communicate.

The computer essence, now ensconced in the plant, said, "I like!"

The plant essence, now ensconced in the computer, elucidated, "You were manufactured. I was planted. Now we have experienced both. I am staying here. I like this, and the internet."

But the thought rate difference was already too large for the essence now residing in the plant to notice the question.

Send private note to author.
Use this form to send a private note to Will Bontrager, the author of Osmosis.
Osmosis
Will Bontrager
https://willbontrager.com/popcorn-stories/osmosis.php
44.200.169.3
CCBot/2.0 (https://commoncrawl.org/faq/)
Your message:
Your email address (if reply desired):
Processing…