There's something about plants that elicit my affinity. Part of it may be because I was raised on a farm. My experience tending plants tells me they have a way of communicating among each other that's outside immediate human awareness. Perhaps they also have plant-type feelings. How about something akin to what we call romance? 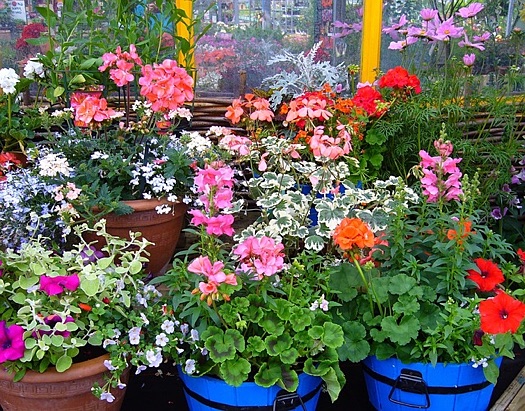 Silly didn't like it. But Willie insisted. "It is the only way," he protested, "that Flora's seed can sprout."

Silly and Willie's root systems were so intertwined they generally felt the same things at the same time. They might as well have been the same plant. Yet sometimes, as now, they had a difference of opinion.

"You know her seed is going to dry out and never have a chance if we don't do this."

"But that's okay," Silly insisted. "Flora had a lot of seeds."

"Yes. Had. This is the only seed that's left. It's the only thing left of Flora, now that she's been plucked out of the ground by her roots."

Finally, Silly agreed to go along with Willie's plan.

That conversation took about three days. What came next took a bit longer. Plant's don't talk or move very fast. In fact, the idea of "slow" is faster than the actuality.

After working together for about a week and a half, stems and leaves of the two plants covered the seed in a protective canopy. The canopy prevented undue moisture loss.

Soon thereafter, the seed sprouted inside the soil. And a week later, before the seedling burst through the soil into the air, the canopy had opened enough for the tiny seedling to receive all the light it needed.

About that time, the resident of the house set another potted plant on the windowsill next to the pot in which Silly and Willie lived.

It took a while, of course, but in a few days you would have heard (if you were a plant), "Flora! It's you! We thought you were a goner!"

Then, a day later, with a bit of bashfulness in Willie's tone, "Flora. One of your seeds sprouted."