A Requirement for Modifying Recipes

It eluded me for years. Mom showed me how it's done. Yet, I didn't realize the one essential requirement for modifying a recipe until years later.

From the time I was able to crawl to the time Dad preempted me for helping him outside with farm chores and tilling the fields, I spent my time with Mom whenever I noticed she was in the kitchen.

The kitchen was fascinating. Miracles happened. Mom stirred flour and eggs together and put it in the oven. I couldn't see through the oven door, but something happened in there. When the door was opened back up, what used to be a sweet gooey mess had become a cake.

When I was very young, that was just how it was. Mom made yummy things in the kitchen.

When I was a couple years older, I started to really watch.

Mom could change a recipe and have it come out just as good or better than the original. It was one of Mom's fun things to do, a way for her to express her creativity and, also, an opportunity to show her son what different ingredients did within a recipe.

There were various kinds of leavening, for example — baking soda, cream of tarter, baking powder, yeast. Lots of types of sugar and sweetener — granulated, powdered, maple syrup, light and dark corn syrup, molasses. There were seasonings, some of which could be enhanced with a touch of salt, assuming the other ingredients didn't contradict.

There are lots of ways a recipe can be changed. Let's take corn starch as an example. More or less corn starch, omitting it altogether, or substituting something else. That required 4 or more tests.

Because no food was wasted, ever, tests were days apart, perhaps a week or more. The foot need to be entirely served, completely eaten, and fully commented on before the next test could be done.

Changes took time. But we had lots of that.

Sometimes Mom would say something like, "William, I don't know how it will turn out if we take out half the flour and put in some ground peanuts, but I think it will be good. Shall we try it?"

My response was alway, "Yes!", enthusiastically and immediately.

Probably less than a tenth of my early youth experiences stuck in my memory. The good times stuck, though, along with the interests, astonishments, and the sense of being part of making a miracle.

Something that did not stick, though, was one essential requirement for modifying a recipe.

The Requirement That Didn't Stick

Soon enough, I became an adult. (At least in my own point of view.) 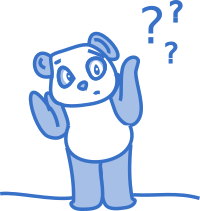 Occasionally, I would look at a recipe and think to myself, "I bet if I put more of this in and less of that, maybe added some of this other thing, it would turn out really good. At least I can see what happens."

Sometimes I was euphorically right. Often I was miserably wrong.

(It is amazing some of the things I tried, and still do, just to see how it turns out. It's a thrill of cooking.)

During those experiments, I was unable to say with certainty whether the modified recipe was better than the original. It didn't matter to me, actually. What mattered was now, how this particular experiment turned out, how it tasted and what its texture was.

Then I realized something. If I didn't know how the original recipe would turn out, I would have nothing to compare the modification to.

It was a major revelation. It was the thing that didn't stick in my childhood memories.

During the period in my life when I thought I knew it all, I suddenly realized there must be entire vistas I knew nothing about.

My Mom knew all her recipes of course. When she modified one, the modification result could be observed as it was and, perhaps more importantly, also compared with the original recipe.

Perhaps it was a given that I would just know.

But it took years for it to bloom into a realization.