The Amish Boy Who Ate Candy

How Much Candy Can the 5-year-old Amish Boy Eat?

This is a story to illustrate why I really, really like to make chocolate-covered candy — so I get to eat it! To bite into it and feel the sweet chocolate sensation fill my entire mouth…

Note: This story is reprinted in the Amish Recipes: Chocolate-Covered Candy book, but slightly expanded.

It was coming on to Christmas and, like she always did after Thanksgiving, Mom made huge containers of candy.

Mom really, really liked making candy. (I guess I got that from her.) She would make candy to sell, enough to pay for what she wanted to give to family and neighbors.

There were three containers of candy lined up along a shelf. The shelf was just high enough that 5-year-old me, standing on my tiptoes, could open a container and sneak a candy.

It was so gooooood!

Actually, it happened more than once in a while. Every time Mom went to the pantry or out on the porch (where the winter temperatures served as a refrigerator), I saw my chance.

Generally, several candies at a time got snuck. After all, why sneak only one? If I sneak more than one at a time, was my logic, I'll have to take the risk of getting caught less often. 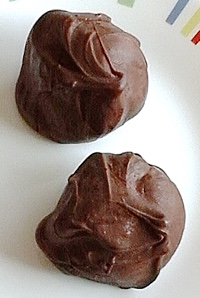 That young-boy reasoning didn't pan out. The more I took, the faster I ate.

Mom knew what I was doing. Of course she knew.

But I thought I was being sneaky.

It didn't occur to me that Mom had lived four times the total length of my young lifetime and would surely know four times as much as me. My knowledge and certainty only extended as far as my own life experience permitted.

And I had forgotten the inconvenient fact that Mom at times seemed to have eyes in the back of her head. (She must have, for so many times she knew what I was doing without even looking at me.)

Then something so good happened… Something it would never have occurred to me to even imagine.

As an adult writing this story, I'm speculating on why, without prior notice or any indication that it was coming, Mom suddenly offered a deal to me. Something precipitated it. Most likely, it was because she needed to do some cooking that would take all her attention and prevent her from keeping a constant eye on me to make sure I didn't eat so much candy so fast that I was in danger of hurting myself.

Eat All the Candy You Want, If …

"William," she said. "You may eat all the candy you want if you promise to follow one rule."

My eyes lit up. I know they did. Or I showed my exhilaration some other way. Mom had that special smile she always had when she knew I was pleased.

"This is the rule," she told me. "You eat one piece at a time with only small bites, and always swallow each bite all the way before taking another bite. What I'm saying is you must eat slow. Can you do that?"

"OK, William. You sit on the floor. I'll bring candy here so you don't have to get up and get another piece very time. You can just lean forward and choose the next one."

Over a Gallon of Candy

She brought a candy container from the shelf, the largest of all. It was one of those huge popcorn tins, the 3-gallon or so size.

The container was over half full.

My eyes about popped out of my head. Mom was really actually truly going to let me eat all that candy! Not that I had doubted it; Mom never lied. But there's something about experiencing reality that makes a statement more real.

I leaned forward to choose my first piece. Before, while being sneaky, I had just grabbed whatever was close to my fingers. Now, suddenly, I was picky.

Finally, I chose one and leaned back, smiling at Mom. 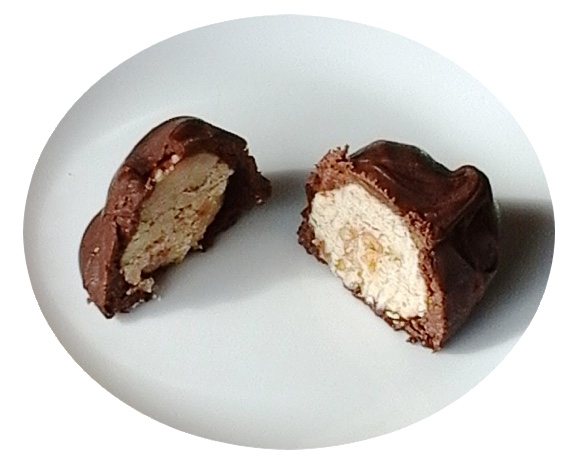 "Now remember the rule, William. If you break the rule, even by mistake, you have to stop eating the candy. But as long as you follow the rule you can eat as much as you want -- this one time." she said, emphasizing "this one time" with a finger indicating the number 1.

Mom's smile was one I later in my life correlated with amusement. She said, "Then we'll get another tin for you."

Eating, and Following the Rule

Probably I didn't eat very slow, at first, but I tried. I made sure the bites were small, at least from my point of view. And I made sure to swallow each bite before taking another one.

The rule was followed as exactly as a 5-year-old boy could.

Time felt suspended. I was in young-boy heaven and nothing else existed — just me and the candy and the awesome delicious feeling of chocolate in my mouth and in my belly.

Toward the end, I was eating much slower.

I was full with a delicious sweet fullness, a feeling of goodness such that I could not have imagined without first experiencing it.

Still, I kept eating. My intent was to never completely stop eating because then the "this one time" would be over.

Finally, however, I had a fresh piece of candy in my hand and I couldn't eat one more bite. I couldn't even lick it.

I lay back on the floor, my rotund belly sticking up, so tented that when my mom walked in she was immediately concerned. She looked into the candy container, saw how little was left, and asked me how I felt and if I wanted to throw up. 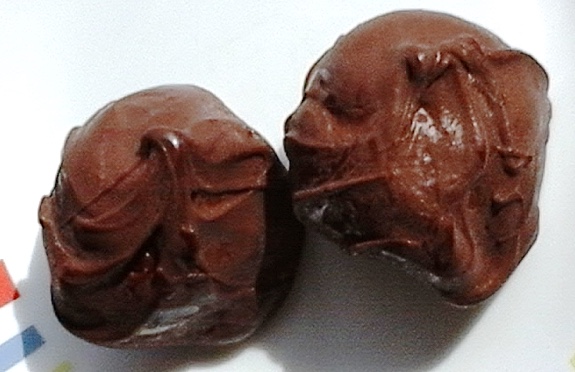 So Full it Hurt

It did hurt. A lot. But the sweetness felt better inside than the relief would have felt with it outside.

I must have laid there for an hour or more. After that period of time, my belly still hurt, but less. It didn't feel quite as full.

Mom was in the kitchen where she could look through the doorway and keep an eye on me. She had noticed me getting up and asked how I felt.

May I Eat One More?

"That piece I had in my hand that I couldn't eat, can I eat that now?"

Mom sat down on a chair, hard, and didn't respond for many seconds. The boy who was supposed to be so full in the tummy and feel so uncomfortable that he wouldn't want to eat candy for days never showed up.

"William, if you really want that piece, you may eat it."

Relishing Each Bite of That Last Piece

I did, eating slowly, relishing each bite. It was so gooooood!

"Mom, our 'this one time' is really for sure over now. Is that right?"

She nodded her head, saying, "This is the sweetest 'this one time' we have ever had, isn't it William?"

She was the best mom any boy could ever have.

Looking back, I don't remember with certainty whether or not I ever snuck candy again. However, every time I ate more of Mom's candy I remembered the time she let me eat all I wanted.

The book includes the reason why Mom used a thick coating of chocolate, describes how the dipping is done in an Amish kitchen, and mentions my conclusion about how she managed chocolate dipping by herself when generally the process requires two people — one to maintain the chocolate and one to do the dipping.